Almost one third of all men on board of the frigate Huis te Warmelo came from the town of Alkmaar. Many of them, captain François de Groot included, died in the Gulf of Finland in 1715. An article in the regional newspaper Alkmaarsche Courant of 11th February 2020 pays attention to the Alkmaar crew members of the Huis te Warmelo. The article was written together with Lisette Blokker, staff member of the Alkmaar Regional Archive. She also found the names of two crew members in the marriage registers.

The first name is Pieter Pietersz van Damme. On 24th December 1702 he married Annetje Jans van Leijden. According to the marriage register, he was a widower and originated from The Hague. Most likely he was one of the two cook’s mates at the Huis te Warmelo.

Gerrit Jansz Vrijbuijs is the second name that is mentioned both in the payment register of the ship and in the Alkmaar marriage registers. He married on 2nd August 1716 to Johanna Anthoniel de Bruijn. The wedding date indicates he survived the sinking of the Huis te Warmelo.

Look here for the article (NL).

Look here for a blog (NL) of the Alkmaar Regional Archive. 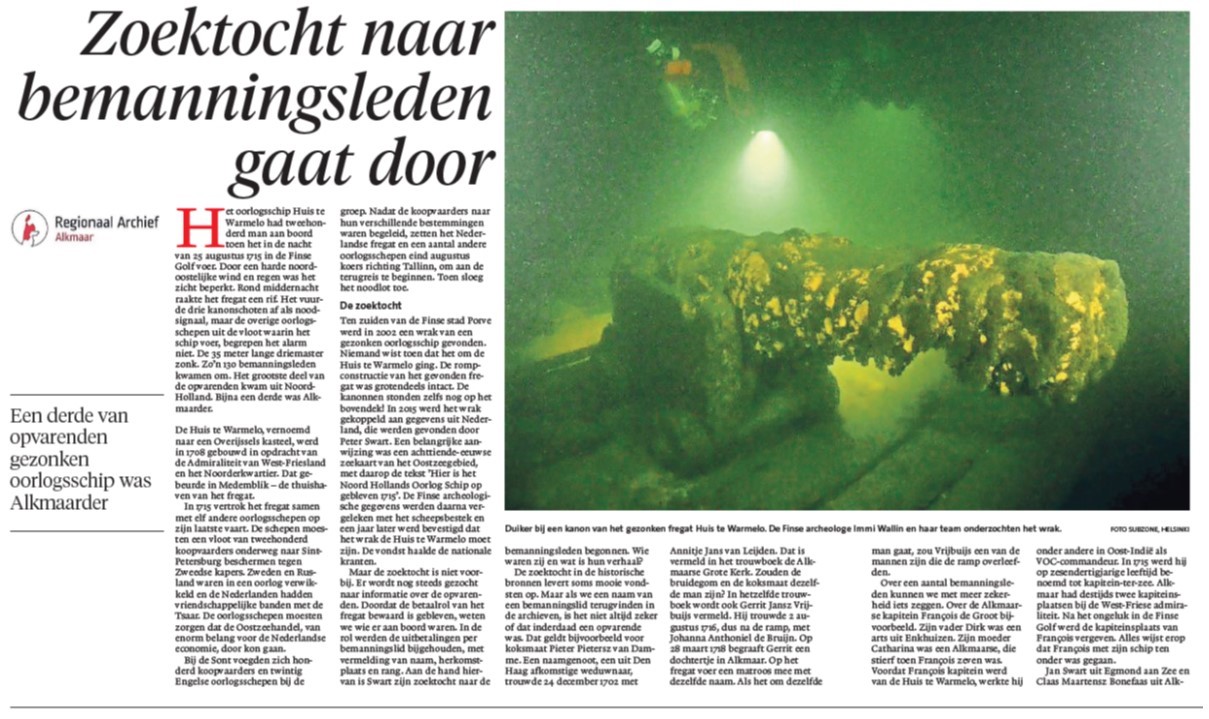