Cornelis Vis from Medemblik was third steersman of the frigate Huis te Warmelo. Together with the first and second steersman, he was in charge of navigation. The steersmen were deemed able to determine the position of the ship at sea and set a course. These are essential skills on board every ship.

According to the baptismal registers of the Reformed Church in Medemblik, Cornelis was baptised on 23rd August 1679. When he left home for the voyage to the Baltic Sea, he must have been 35 years old. In the baptismal registers the names Pieter Dirksz de Vis and Trijn Jans are recorded as parents. Both were from Medemblik. Cornelis was the youngest of the family. He had a sister Anna who also reached adulthood. Little is known about his other brothers and sisters, Dirk, Grietje and another Cornelis.

Cornelis Vis married Annetje, a daughter of Pieter de Boer from Medemblik. Their intended marriage was registered by the Commissioners for Matrimonial Matters on 24th December 1701. Annetje’s father was one of the commissioners in the years 1698-1700. Cornelis Vis and Annetje Pieters de Boer had four children who were baptised in Medemblik. One of these, Cornelisje is recorded as having offspring. Cornelisje Vis married the widower Lammert Lammertsz Engelsman in 1733, and had nine children. Three children were given the name Cornelis, probably all named after their grandfather and steersman of the frigate Huis te Warmelo. The fact that parents repeatedly gave the same name to a newborn, is usually an indication of infant mortality, where the name of a deceased child is used again. The youngest Cornelis from the marriage of Cornelisje Vis and Lammert Lammertsz Engelsman was baptised in Medemblik on 14th September 1749.

Cornelis Vis owned and lived in a house in Medemblik which was situated on the west side of the Heeresteeg, opposite the so-called widow houses. Nowadays, the west side of the Heeresteeg is unbuilt land with a small children’s playground. Around 1700 the site looked quite different. There was a pastor’s residence on the south corner with Breedstraat and on the north corner with Kerksteeg one could find an inn called De Vier Heemskinderen. In between stood the house of Cornelis Vis and his family.

No evidence has been found to suggest that Cornelis Vis survived the accident in the Gulf of Finland. His brother-in-law Jacob Jordaan received his remaining wages from the Admiralty. Jacob was married to Anna, the older sister of Cornelis. In 1728 the house in the Heeresteeg was owned by Annetje de Boer.

Does anyone know anything else about Cornelis Vis and his descendants? Information about the art of navigation and steersmen on warships around 1700 is also welcome! 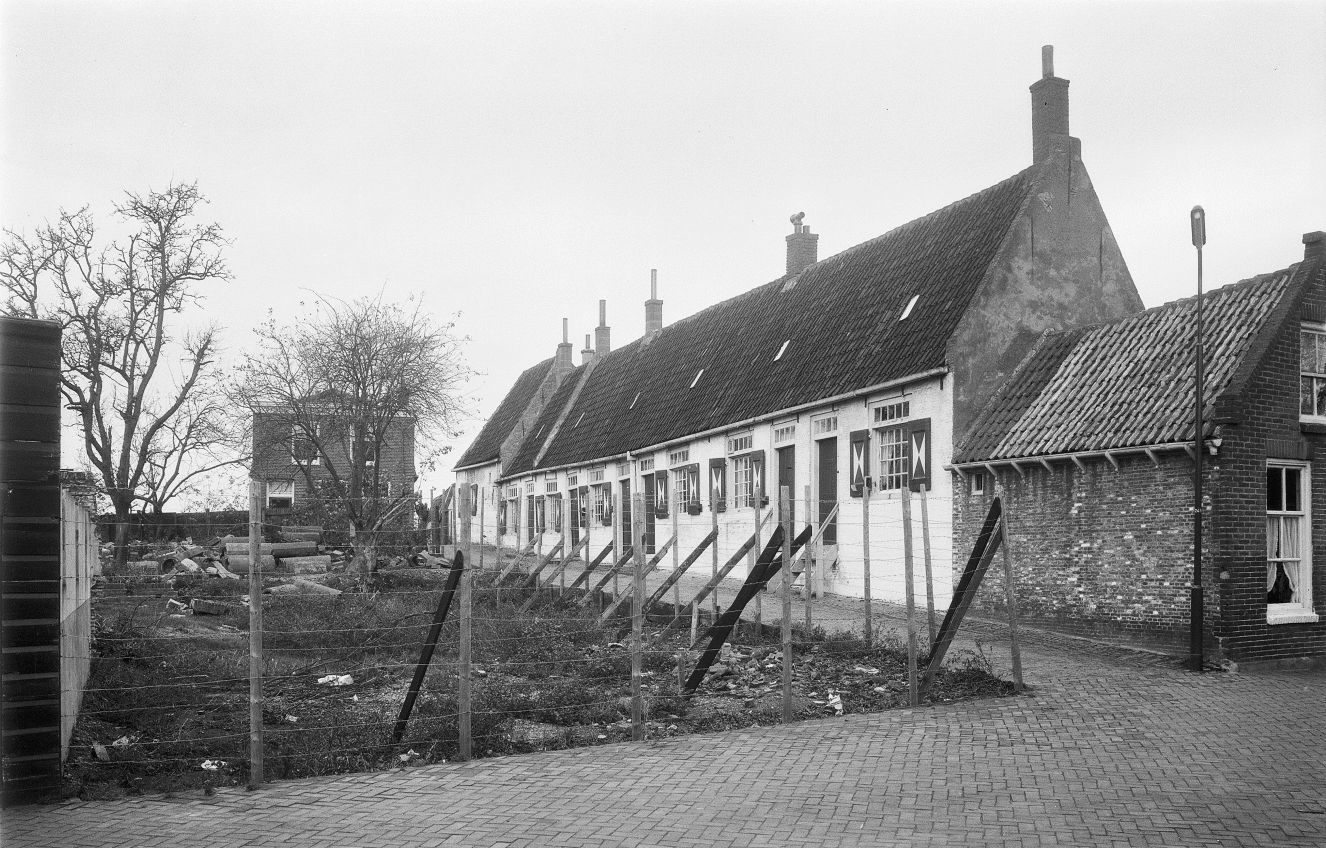 Figure: The Heeresteeg in 1960 with on the right the widow houses and on the left the grounds on which the house of Cornelis Vis and Annetje de Boer stood. The pastor’s residence was situated in the foreground. (Rijksdienst voor het Cultureel Erfgoed)