A ship’s boy from Alkmaar

The ship’s boys on the Huis te Warmelo were at the very bottom of the ranks. They were young and employed on the warship for all possible jobs. One of them, Cobus Jacobsz van Assouw, came from Alkmaar. Van Assouw was an uncommon surname in this Dutch town. This helps in the search for the boy in the archives.

There were 12 boys on board the frigate Huis te Warmelo. Their names are mentioned last in the ship’s payment register. Half of these boys were from Alkmaar, four others were from Medemblik. Usually the age of the ship’s boys varied between 12 and 16 years old.
In general, boy’s sailed on a warship not out of wealth. By entrusting their son to a captain, parents temporarily had one less mouth to feed. In addition, the boy provided an income and gained work experience. The admiralty paid 7 guilders per month for the services of a ship’s boy.
Life on board a warship was not easy for ship’s boys. They became acquainted with the hard life of a sailor and the strict discipline. The boys slept and ate below deck with the sailors, in front of the main mast.

A search for ship’s boy Cobus on the website of the Alkmaar archives brings us to the family of Jacob Stoffelsz van Assouw and Pietertje Teunis. They got married on 15th February 1699 for the mayors of Alkmaar. At that time Jacob lived on the Paardenmarkt, Pietertje on the Laat. Within a month their first child was baptised. According to the baptismal register his name was Jacob.(1) As the name Cobus is derived from Jacob, we may assume that this baptised child and the ship’s boy from Alkmaar are one and the same person. So when Cobus embarked on the Huis te Warmelo in 1715 he was 16 years old. He must have been one of the older boys.
After Cobus, Jacob Stoffelsz van Assouw and Pietertje Teunis had six more children. The first children were baptised Catholic, the three youngest were baptised Reformed in the Great Church of Alkmaar. Between 1699 and 1702 the young family lived at four different locations in the town.(2)

On 18th August 1715 the father of the ship’s boy remarried. Jacob Stoffelsz van Assouw then married Marijtje Jacobs van Bentum as a widower. This means that Cobus’ mother must have passed away between 1712 and 1715. For the tax on marriage and burial, their marriage fell into the category of impecunious.(3) At the time of his father’s second marriage in Alkmaar, Cobus was sailing with the frigate Huis te Warmelo in the Gulf of Finland. One week later the warship sank.

The name Cobus or Jacob van Assouw does not appear in the Alkmaar baptismal, marriage and burial registers after 1715. However the name of his sister Agatha or Aagje, who was three years younger, does appear. She married Cornelis Abramsz van Zurk. In the marriage register the surname is written as Van Nassouw.(4) Other spelling variants are Van Nassou and Van Assau. Does the surname point to a German origin of the family?
The Van Zurk-Van Assouw couple had a son named Jacob baptised on 5th April 1733. The child was probably named after the grandfather on the mother’s side. And perhaps also after uncle Cobus, the ship’s boy from Alkmaar. 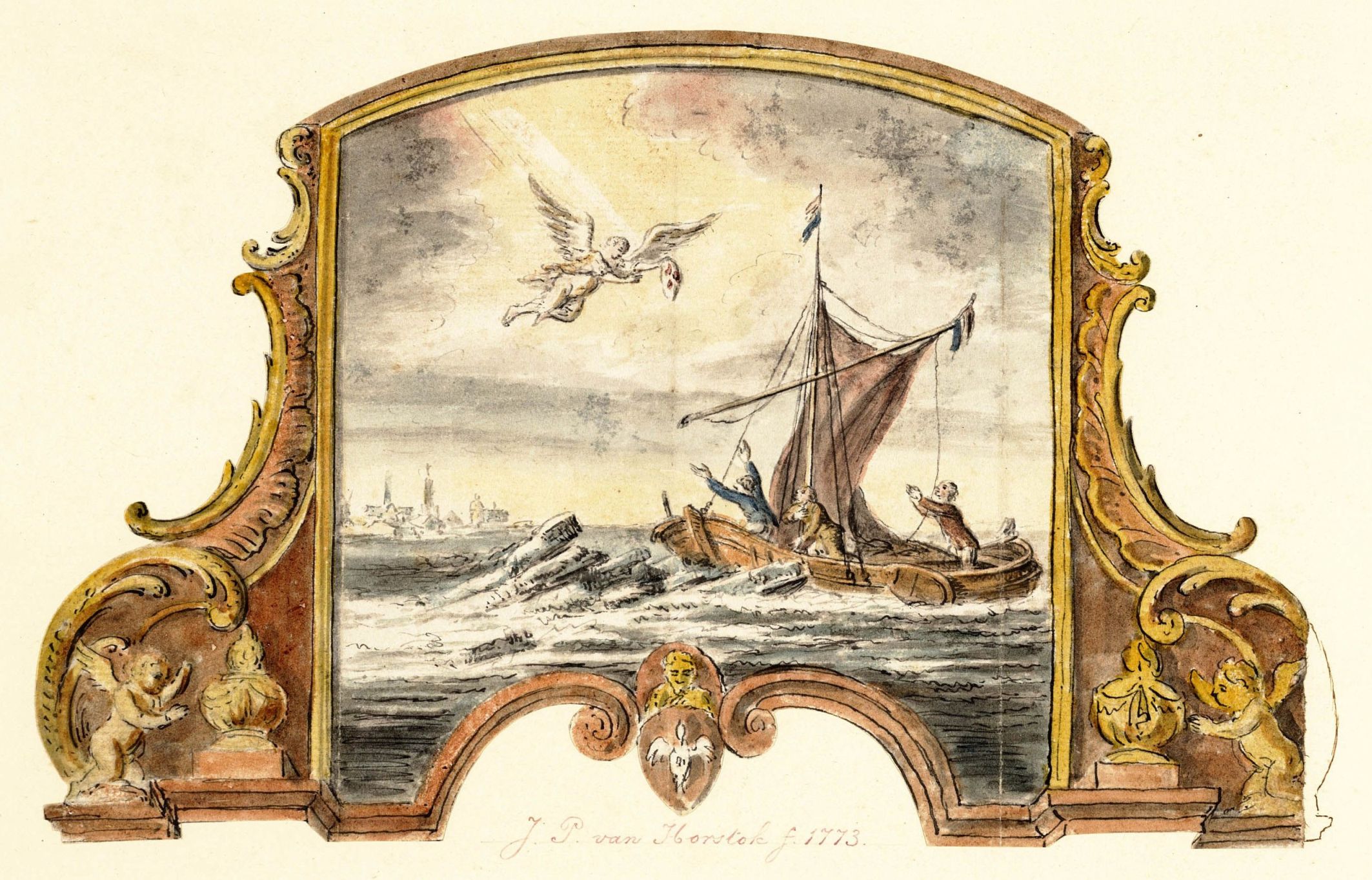 Figure: Cobus Jacobsz van Assouw was baptised in 1699 at the Catholic church of Saint Laurentius. The church houses the Holy Blood relic, a piece of robe with three drops of blood. The veneration of this relic began in 1430 after shipwrecked people were miraculously saved from certain death. This drawing shows part of the altar that was inside the church of Saint Laurentius at the end of the eighteenth century. (Regionaal Archief Alkmaar)