The Pilander family from Alkmaar

The article in the Alkmaarsche Courant of 11th February 2020 resulted in a response and information about the family of Jan Michielsz Pilander. In 1715, this Alkmaar citizen signed on as a sailor on the frigate Huis te Warmelo. The information is provided by Theo Molenaar from Alkmaar who went through the crew list on this website and recognized the combination of patronymic Michiel and surname Pilander.

In a search for his own family history, some time ago Theo Molenaar came across the name Lijsbeth Michiels Pilander. In Alkmaar this combination of patronymic and surname is such unique that most likely she is a sister of sailor Jan Michielsz Pilander. Lijsbeth married Simon Reijersz van der Meulen in 1728 in Alkmaar. According to the Molenaar genealogy, Theo descends from a brother of Simon Reijersz. Therefore Lijsbeth Michiels Pilander is not a blood relative. Her name is in the Molenaar family tree by marriage. The Pilander family is in-law.

Likely Michiel Danielsz Pilander and Trijntje Jans IJpesteijn are the parents of Jan and Lijsbeth. They got married on 14th January 1691 for the mayors of Alkmaar. The civil wedding ceremony indicates they weren’t members of the public Reformed Church. This is confirmed by the baptism of their son Daniel on 27th July 1708, which can be found in the registers of the Roman Catholic mission of Saint Francis. Unfortunately, the names of Jan and Lijsbeth haven’t been found in the Alkmaar baptismal registers. The same applies to the name of a fourth child of the couple Pilander-IJpesteijn: Willem. In 1729, Willem and Lijsbeth were the heirs of Michiel Danielsz Pilander.(1) Father Michiel died six years earlier and was buried in the cemetery in Alkmaar.
Undoubtedly Daniel is named after his paternal grandfather. Sailor Jan Michiels Pilander will be named after his maternal grandfather.

Despite the fact no single record of Jan Michielsz Pilander has been found in the Alkmaar archive, it is possible to paint a picture of this sailor. He was born in or after 1691 and cannot have been older than 23 at the time of signing on. Jan was Catholic, grew up in the Achterstraat and had at least one sister and two brothers. Since his name isn’t mentioned in baptismal and marriage registers of Alkmaar, it can be assumed that he was unmarried and had no children of his own. Jan was not a heir of Michiel Danielsz Pilander in 1729, probably because he had already passed away. There is a good chance that the life of this Alkmaar citizen ended on 25th August 1715, in the Gulf of Finland. 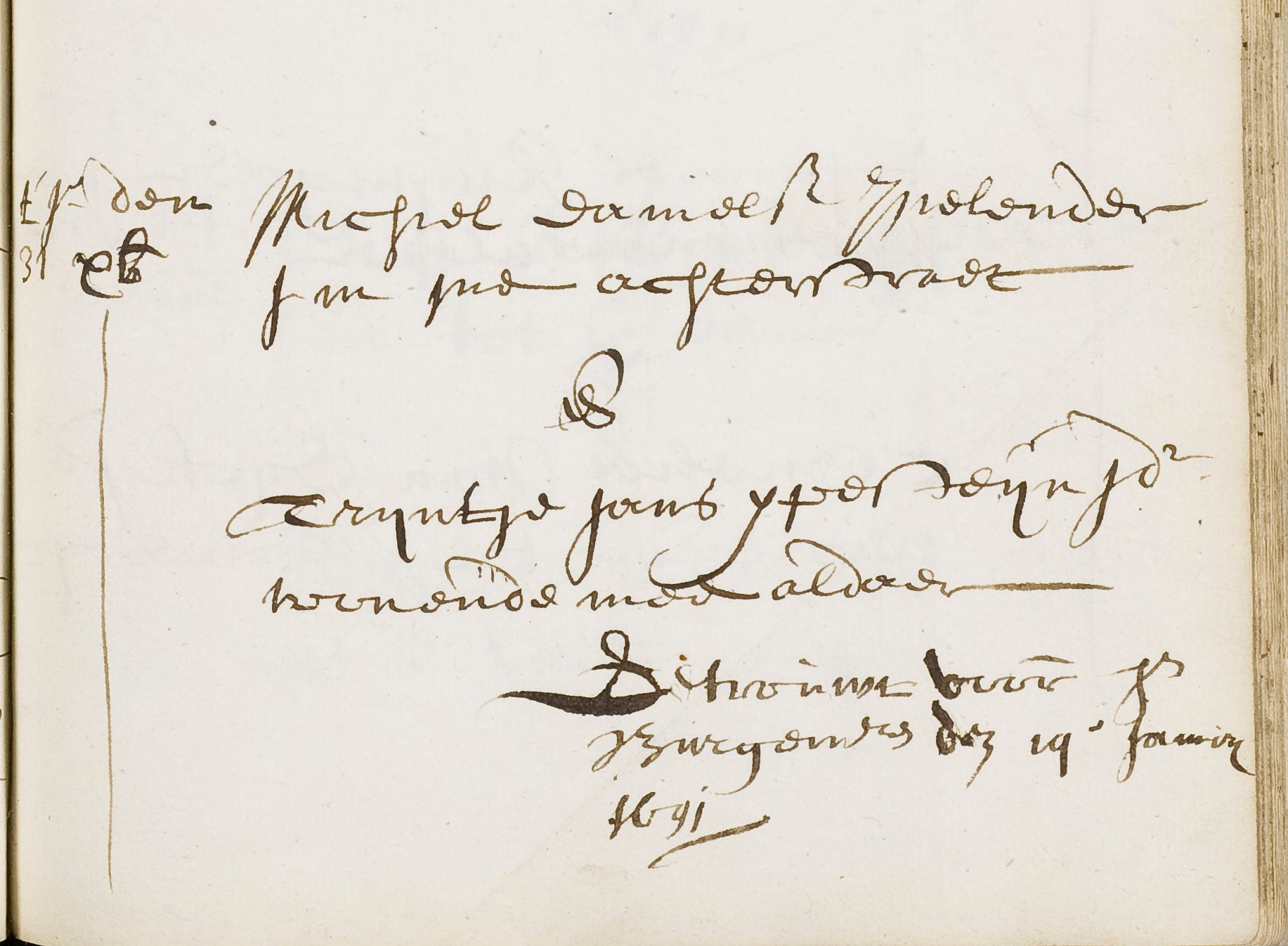 This text has been written thanks to data of Theo Molenaar from Alkmaar.
Visit here his website about the Molenaar/Van der Meulen family.