On the Vooreiland in Medemblik, there are three houses with a stepped gable in a row. They were built in the seventeenth century and form a unity. Through archival research, their genesis and ownership history has been traced. One of the houses was owned by Claas Heddesz. He was the first skipper of the frigate Huis te Warmelo. But the research also yielded other names from the maritime history of Medemblik.(1)

The three houses, Vooreiland 10, 11 and 12, were built by order of timber merchant Hendrik Claasz Gietermaker. He traded in Norwegian timber, was a ship owner and had a sawmill. The building of houses was part of an urban expansion to which Medemblik owes two harbours: Westerhaven and Pekelharinghaven. The town council issued building plots around these new harbours. Gietermaker bought his building plot in 1637. Four years later, three houses were built, two of which were sold after completion. Only the middle house remained in the possession of the timber merchant until his death.
Gietermaker is a well-known name among Dutch maritime historians. This is because around 1660 his son Claas Hendriksz Gietermaker was a very successful teacher, mathematician and examiner of steersmen in Amsterdam. His book ‘t Vergulde Licht der Zee-vaert was for a long time a standard work for steersmen and sailors.

Vooreiland 10, the house on the left, was bought in 1642 by skipper Meijndert Jansz Schellinger. He was a brother-in-law of Hendrik Claasz Gietermaker. Notarial deeds show that this skipper’s working area extended from the Mediterranean Sea to the West Indies.(2)
Gietermaker’s heirs sold the middle house in 1653 to Jacob Lobs. Lobs was secretary and later mayor of Medemblik. In the Disaster Year of 1672, when the armies of France, Münster and Cologne invaded the Dutch Republic, he led the military defence of the Zuiderzee. Jacob Lobs and his family then left for the Dutch East Indies, where he became governor of the Moluccan island of Ternate. He died in Batavia, present-day Jakarta.
Around 1691 skipper Willem Claasz Huijberts became the owner of the middle house. He sailed regularly to the Baltic region. In 1688 he participated in the Glorious Revolution when his ship was one of hundreds of vessels hired by Stadholder William III to ferry troops from the Netherlands to the English south coast.

Claas Heddesz was the owner of the house on the right. In a tax register there is the note: ‘now Claas Heddesz with 1715’. Presumably he acquired the house at Vooreiland 12 shortly before his departure to the Baltic. No details of the transfer of ownership have been found. Claas Heddesz previously owned a small house in the Bangert in Medemblik, which he sold in 1710.(3)
Tax registers after 1723 list the widow of Claas Heddesz, Jan Koster and Grietje Claas as the owners of Vooreiland 12. These three names have more in common than first appears. The widow of Claas Heddesz was called Grietje Claas. Their daughter Dieuwertje married Jan Pietersz Koster from the village of Aartswoud.(4) Jan Koster was therefore a son-in-law of Claas Heddesz. At the marriage registration of Dieuwertje Claas and Jan Koster the bride is mentioned with the surname Zeeman (seaman). Trijntje Claas, a second daughter of Claas Heddesz, used this surname as well.(5) Is it a reference to their deceased father?

Watch here a news broadcast about Claas Heddesz and his house in Medemblik. 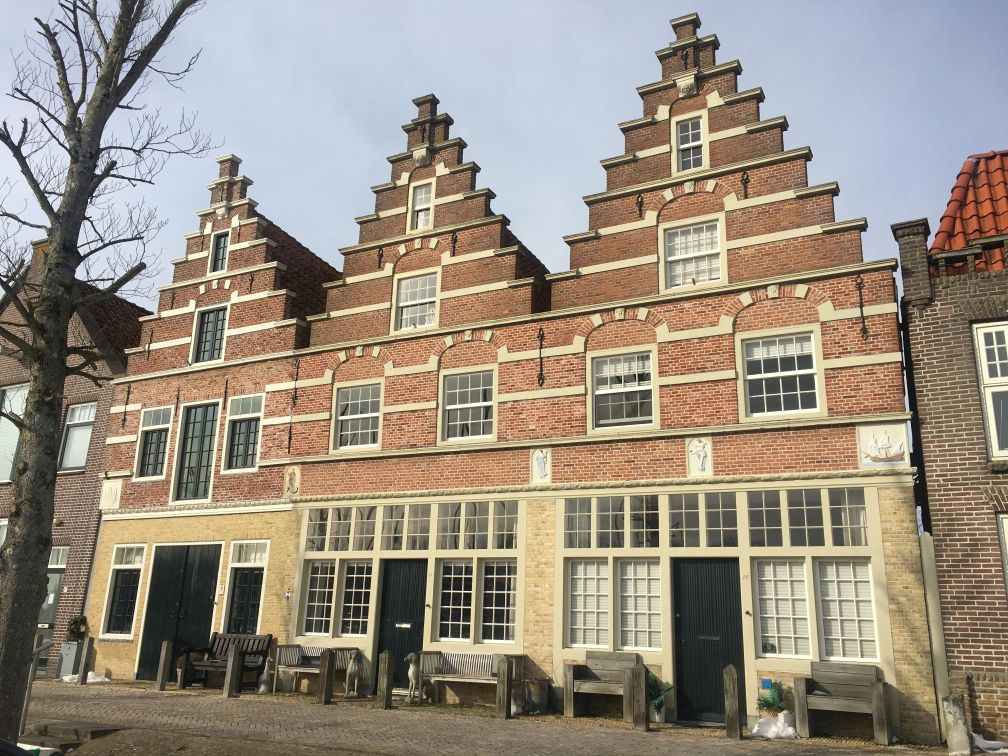 Figure: The three houses on the Vooreiland in Medemblik in February 2021. Claas Heddesz owned the house on the right.