Sorrow of a seaman’s wife

Dirk Thomasz Meerder, the first lieutenant of the frigate Huis te Warmelo, was married to Annetjen Karstens. We know little about Dirk’s career, but presumably he led a seafaring existence. That means Annetjen was often on her own. She was 55 years old when Dirk left for the Baltic Sea region with the frigate in 1715.(1) What else do sources tell us about this seaman’s wife and her family?

Annetjen and her family lived at the Oude Haven (Old Harbour) in Medemblik. In 1691 Dirk Thomasz bought a house there. It stood on the north side of the harbour, east of the town hall. This part of the Oude Haven was also called the Fishermen’s side, a reference to the fishermen who lived there in the seventeenth century and the herring barges at the quay. The tax register for transferring real estate describes the property as a house, a small chamber, ground and a small yard. The property ran from the harbour quay to the foot of the sea dike behind it.(2) Another source confirms the residential location of Dirk and Annetjen: the minutes of the church council. These mention Annetjen Karstens ‘on the Fishermen’s side’.

Annetjen Karstens was a member of the Reformed Church, had eight children baptised and was supposed to lead an edifying life. In May 1694, however, the church council noted in their minutes that Annetjen’s behaviour left much to be desired. She was prone drunkenness, which led to her being denied access to Holy Communion.(3) When her behaviour improved, this disciplinary penalty was lifted. In the meantime she remained a member of the church community and was allowed to attend church services.
In 1705, however, Annetjen Karstens once again confessed to be guilty of drunkenness in front of the church council and was again not allowed to take part in Holy Communion.(4)

Father and son on board?

In addition to Annetjen’s husband, it is possible that her youngest son was also on board the Huis te Warmelo. Under number 115 of the crew list we find the name of sailor Tomas Dirksz from Medemblik. The Reformed and Catholic baptismal registers of Medemblik show in the period 1650-1700 only three children with the name T(h)omas, whose father’s name is Dirk. In all cases it concerns a child of Dirk Thomasz Meerder and Annetjen Karstens! The baptism date of the youngest of the three is 26th February 1696. Assuming that the oldest children were no longer alive in 1715, sailor Tomas Dirksz must have been 19 years old.

It is unlikely that Dirk Thomasz Meerder and Tomas Dirksz survived the accident in the Gulf of Finland. In the same year Annetjen Karstens appealed to the civic charity board of the Aalmoezeniersvoogden. From November 1715 she received a small fortnightly allowance from this board as a contribution to her subsistence.(5)
The Meerder family remained connected to the sea. Annetjen’s eldest son, Carsten Dirksz Meerder, served as second steersman of the East Indiaman Victoria in 1724. But he too did not return to Medemblik. He died on his return voyage from Asia, leaving behind a young family.(6) His mother Annetjen Karstens did not experience this sorrow. She passed away in 1716 or 1717.(7) 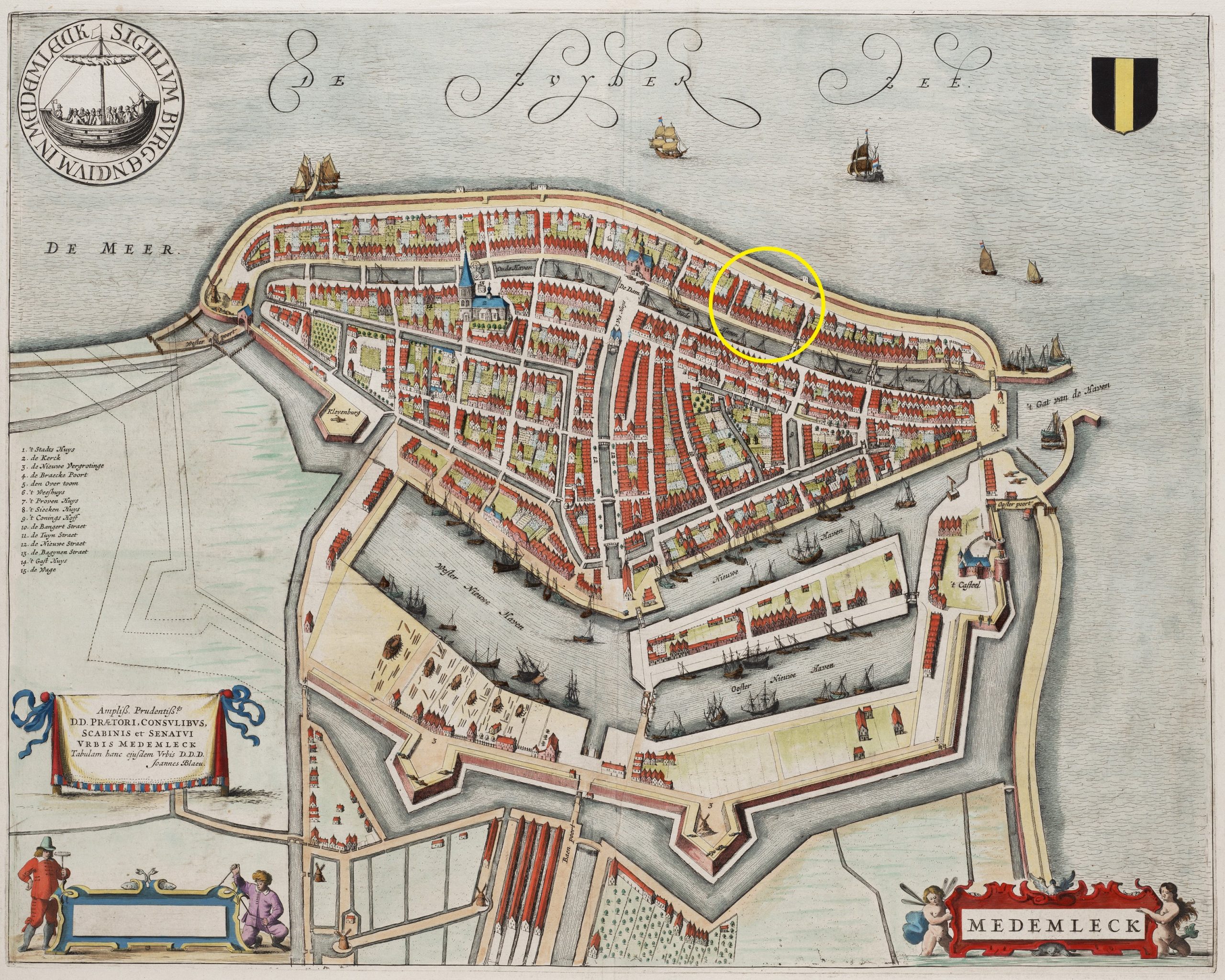