On 1st May 2019 mayor Frank Streng welcomed the 87-year-old Frans Visser at the Medemblik town hall. Frans is a descendant of Dirk Thomasz Meerder who in 1715 served as first lieutenant on the frigate Huis te Warmelo. After the captain, he was the highest ranked officer aboard the warship. Frans has only recently become aware of his relationship with Dirk Thomasz Meerder. This is not surprising because the gap between the two men is ten generations and more than 300 years.

Archives and the Internet

The discovery of the kinship started in the West Frisian Archives when searching for the name Dirk Thomasz Meerder. Many baptismal and marriage registers can be searched on the website of the archives, making this job relatively simple. According to the marriage register of Medemblik, Dirk married Annetjen Karstens in 1681. They are described as ‘young people of Medenblick’. In the following years, the couple had eight children baptised, all in Medemblik. Of this second generation, the oldest son Carsten had offspring. His daughter Dirkje Carstens married in Medemblik in 1751 to Cornelis Pietersz Blauw. With the names of this third generation established, the search was continued on line with Google. This quickly yielded results because the names of Dirkje Carstens and Cornelis Pietersz Blauw appear in the genealogy of the Melissen family which has been published on the Internet by the grandson of Frans Visser. Frans ‘s grandson, who lives in The Hague, confirmed that he is a direct descendant of them. And with that he also descends from Dirk Thomasz Meerder!

From Medemblik to Amsterdam

Frans Visser came into the picture through his grandson. It appears that grandpa Frans lived in Medemblik, the place of origin of the frigate and of Dirk Thomasz Meerder. The line of descent, in other words the line between the first lieutenant and Frans Visser, shows that the family lived in Medemblik for generations. His great-grandparents Jacobus Fransen and Jansje Boendermaker, were both born and raised in Medemblik, and settled in Amsterdam after their marriage in 1875. The big city offered more opportunities for an enterprising mason and contractor. Frans Visser himself was born in Amsterdam and grew up on the North Sea coast. Only after his retirement did he settle down in Medemblik. He knew that part of his family history lies in Medemblik, but he did not know that this history went all the way back to the seventeenth century. Frans now lives less than 100 meters from the location where the keel of the frigate Huis te Warmelo was laid in 1708! This makes the relationship with lieutenant Dirk Thomasz Meerder even more special.

Look here for the article (NL) in the regional newspaper about Frans Visser and the welcome by mayor Frank Streng. 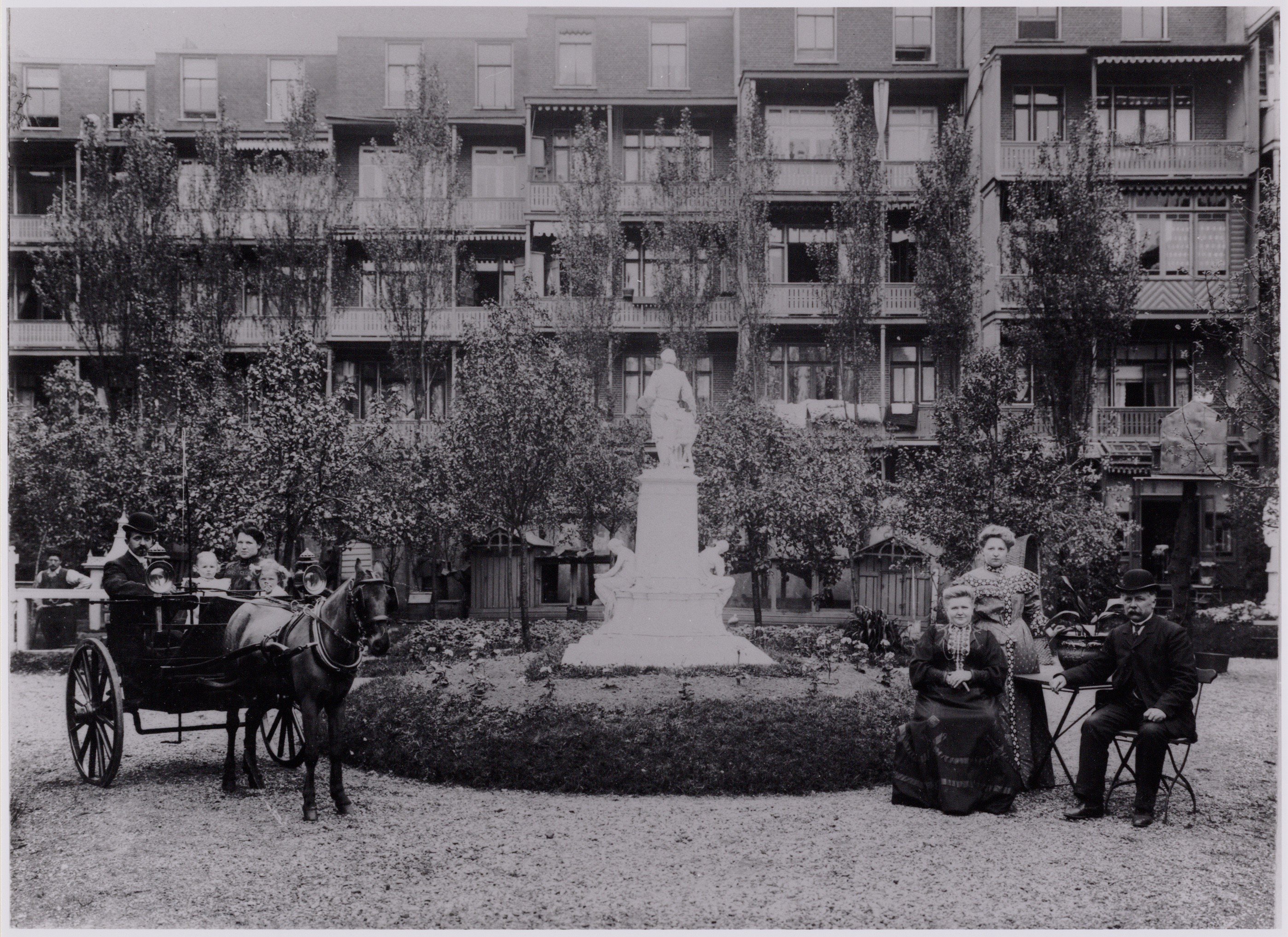 Figure: A family portrait from around 1907. From left to right the mother, grandparents (in carriage) and great-grandparents (sitting) of Frans Visser. The picture shows a family that has successfully established itself in Amsterdam. (Stadsarchief Amsterdam)