The 300 years old wreck of the Huis te Warmelo is characterized by the cannons that are still in position on the upper deck. Before its identification, not without reason, the shipwreck was called the ‘Kalbådagrund gunship’. This name refers to its location and the guns present.

Based on available images, Nico Brinck has written an article about the guns and in particular the gun carriages of the Huis te Warmelo. Carriages are wooden constructions on which the guns rest. In the article, the author compares the gun carriages at the bottom of the Gulf of Finland with two specimens found on the seabed near the Dutch isle of Texel.

Nico Brinck is the expert on old cannons in the Netherlands. Over the past decades he has collected information and documented many specimens by measuring and drawing guns. This life’s work resulted in his book Guns of The Netherlands, that was published in collaboration with the Dutch Cultural Heritage Agency in 2020.

Look here for the article (NL). 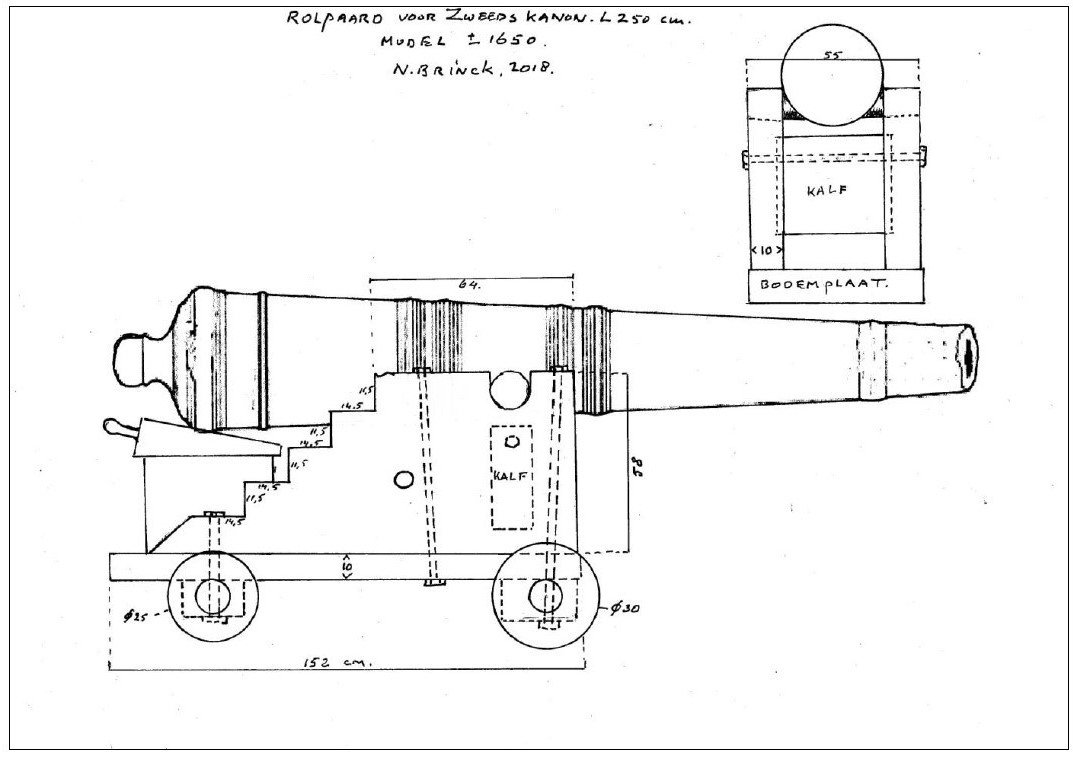 Figure: Drawing of a cannon on its carriage. This is based on a cannon from the so-called ‘Palmhout wreck’, dating from around 1650. (Nico Brinck)