Gerrit Hendriksz Kes served as a ship’s cook at the Huis te Warmelo. His place on the ship was the galley, the common name for a ship’s kitchen. There he prepared food for the crew. Two mates helped him with this task. Another cook, the cabin cook, served the captain and the other officers.
When Gerrit Hendriksz Kes signed on the ship in 1715, he lived in Medemblik. But his cradle was in the neighbouring town of Hoorn.

The galley of a warship was located at the bottom of the ship, between the main mast and the foremast. In his way, the kitchen was not an obstacle to the guns on the upper decks.
In a combat situation, the galley was transformed into an operating and treatment room for the wounded. Then the cooks made way for the surgeons.
Gerrit Hendriksz Kes not only worked in the galley, it was also his sleeping place. The cooks did not sleep in hammocks but had fixed berths in the galley.(1) The smoke from the kitchen fire made the galley a stuffy and dirty space.

Gerrit Hendriksz Kes was married and had a daughter. His marriage can be found in the reformed marriage registers of Medemblik. The cook of the Huis te Warmelo had banns with Maartje Jans on 3rd February 1714.(2) According to the marriage register, the groom-to-be came from Hoorn. Maartje came from Medemblik. The marriage of the two young people was exempt from the tax on marriage and burial. That means their income and assets were low.
Gerrit Hendriksz Kes and Maartje Jans had one child. On 11th August 1715 their daughter Maartjen was baptised in Medemblik. It is out of the question that the father was present at the baptism ceremony in the church. On that day the frigate Huis te Warmelo was anchored near the island of Hogland in the Gulf of Finland.(3)

Initially, the search for the baptism record of ship’s cook Gerrit, son of Hendrik Kes, was unsuccessful. The index of names of the West Frisian Archives does not contain Hendrik Kes from Hoorn. Another source was helpful. One Jan Hendriksz Kes from Hoorn is mentioned in the records of the Dutch East India Company (VOC).(4) At the end of 1706, he entered the service of the company and sailed out as a second sailmaker with the VOC ship Korssloot. There is little doubt that Jan and Gerrit were brothers.
The payment register of the Korssloot also reveals the name of Jan Hendriksz Kes’ mother. Her name is Trijntje Gerrits. Thanks to this additional information, the family of Hendrik Willemsz and Trijntje Gerrits comes into the picture. In the years 1682-1695 they had five sons baptised in Hoorn. Gerrit was the second son. He was baptised on 7th October 1685, his brother Jan three years later.(5)

It may not be a coincidence that Gerrit Hendriksz Kes ended up in Medemblik. His mother Trijntje Gerrits originated from Medemblik. This means, from an early age, Gerrit had a relationship with this town. Gerrit was even named after his grandfather from Medemblik. The place of origin of Trijntje Gerrits is recorded in the marriage register. The parents of the ship’s cook married at the end of 1681. At that time they lived at the Turfhaven in Hoorn.(6)

As far as is known, Gerrit Hendriksz Kes left no traces in archival sources after 1715. It is a strong indication that he died in the ship’s disaster. 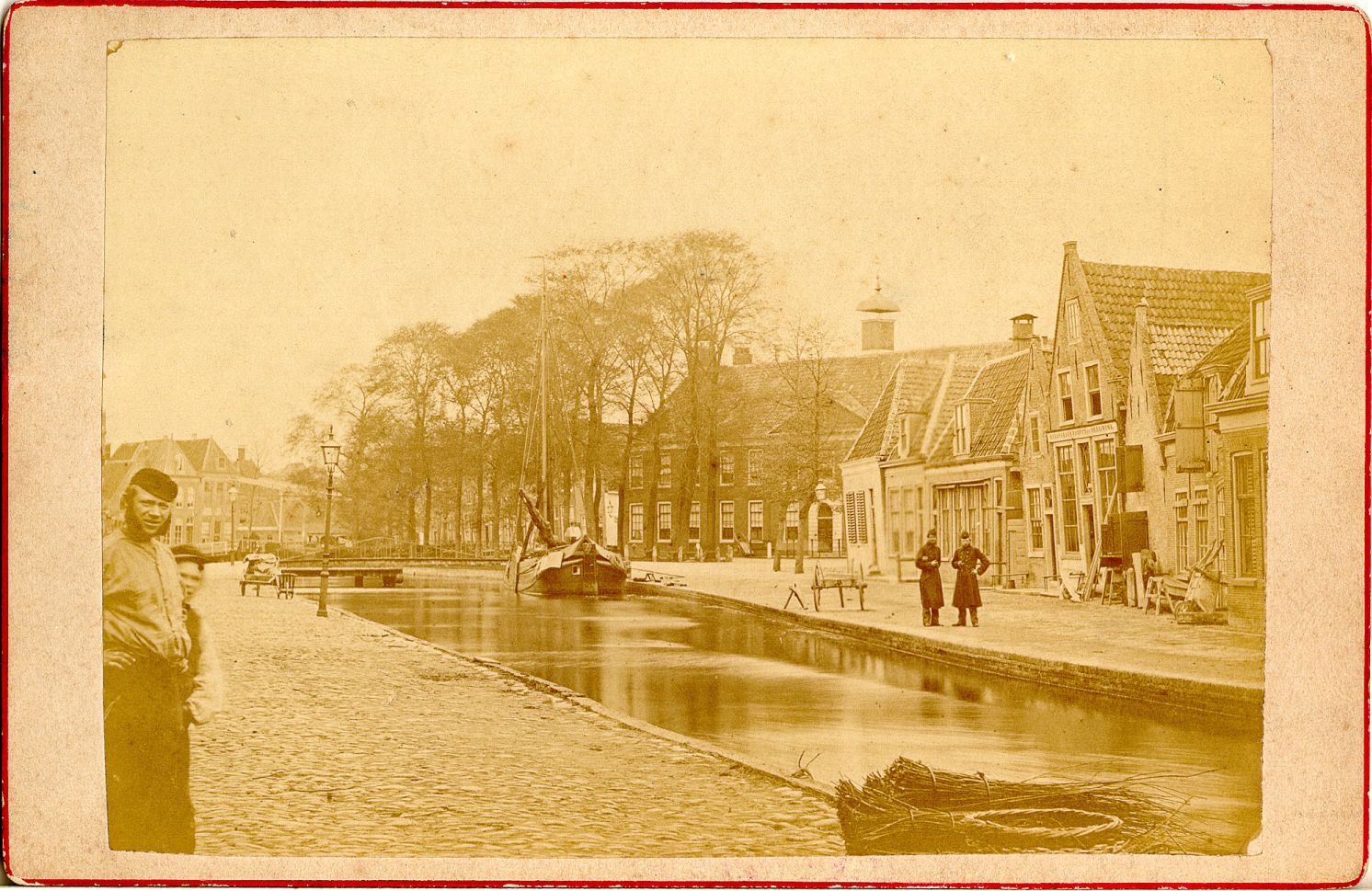 Figure: The Turfhaven in Hoorn at the end of the nineteenth century. The parents of ship’s cook Gerrit Hendriksz Kes lived there in 1681. (Westfries Archief)