What was written in the newspaper in 1715?

Three weeks after the accident, the Oprechte Haerlemsche courant reported on the fate of the frigate Huis te Warmelo:

‘Amsterdam on 13th September. The warship Medenblick, commanded by Captain De Groot, is wrecked around Petersburg down under Hogelant and 70 men are saved, although it was not known whether the remaining crew members had been saved or not.’

A striking detail in the newspaper report is the name of the warship. Instead of the Huis te Warmelo, the warship is called the Medenblick. 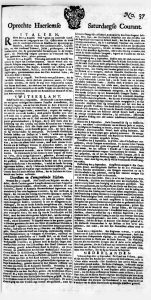 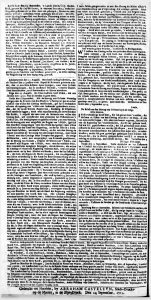