Why is the shipwreck intact?

Many a wooden warship perished after it was heavily damaged in a naval battle, burned or even exploded. The loss of the frigate Huis in Warmelo is not the result of acts of war. The ship hit a rock in the middle of the sea, took on water and shortly afterwards sank straight to the bottom of the Gulf of Finland. Three centuries later, the Dutch warship is still standing neatly upright on the seabed.

In the Gulf of Finland, the preservation conditions for shipwrecks are ideal. The water is deep, cold and it is very dark. Fishing nets do not go deeper than 20 metres and do not damage the ship. The shipwreck is also not damaged by currents as there is hardly any ebb and flow.

The most important factor that has helped preservation, however, is the absence of the shipworm thanks to low salinity. In less suitable conditions shipworms – otherwise termed Teredo navalis – have been know to eat all of wood in a wreck. In the case of the frigate Huis in Warmelo, only the ropes of the rigging have actually perished.

The remains of other warships in the Baltic Sea region, such as the Swedish Vasa and Mars, have therefore been beautifully preserved.

In the Dutch Wadden Sea and North Sea, but also in tropical waters, there is a strong current, intensive fishing and a lot of shipworm. These factors cause entire ships to disappear quickly, leaving only non-wooden parts such as cannons, anchors and ballast stones. 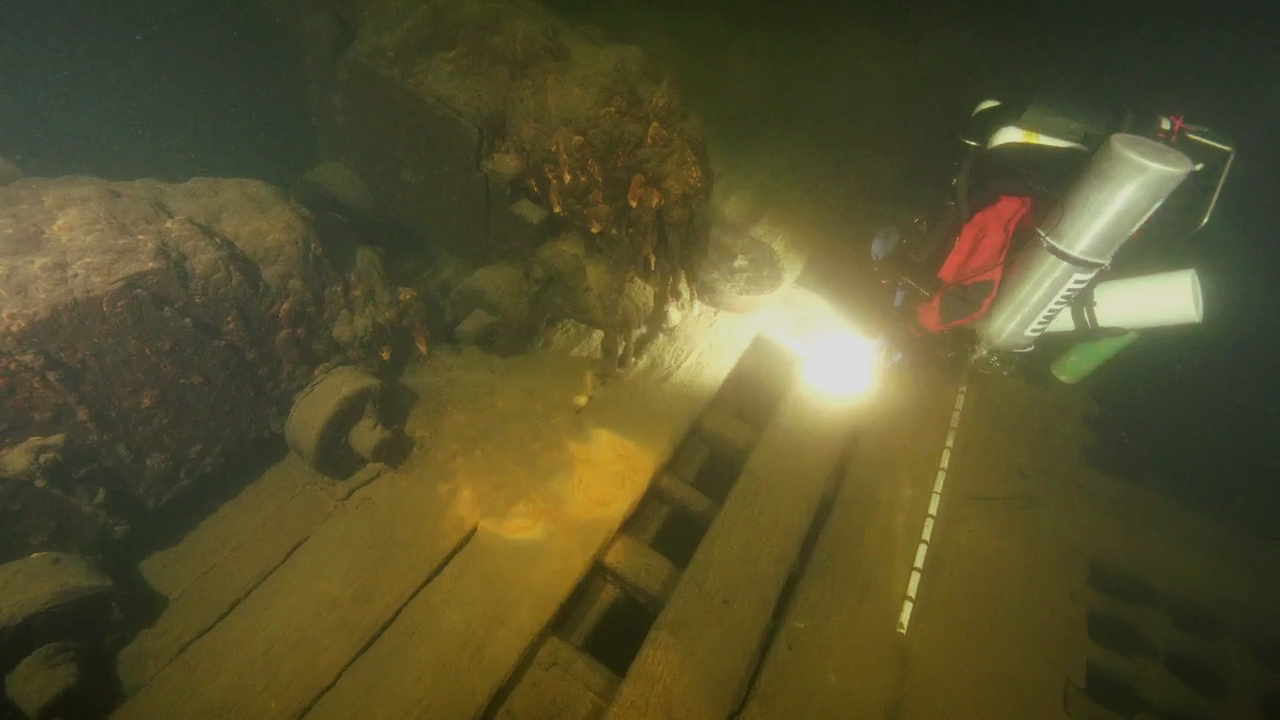 Figure: Cannons on the upper deck of the Huis te Warmelo. (SubZone)